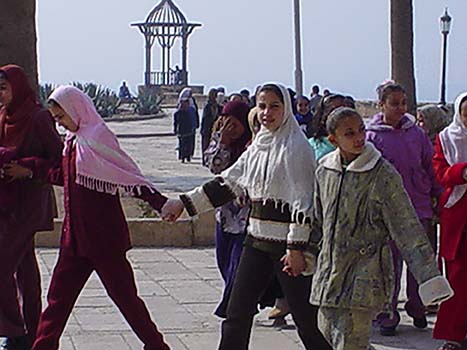 United Nation’s statistics tell us that for some reason there are 60 to 100 million missing girls in the world. That’s equivalent to more than twenty-five percent of the population of the U.S! They are, for some nefarious reason, unaccounted for. “Gone girls” who, for what turns out to be the modern tragedy, are missing from the population rolls of many mostly developing nations, but also from Western, even “Christian” countries…countries whose people should know better.

So, what does this mean to our world today, and why is it important?

Actually we know where these girls have gone. Most were never born in the first place, killed in the womb. Or, if they made it into this world, were abandoned or “eliminated” as unwanted female children. In essence, in our age of cheap and available ultrasound, “civilized” men and women are aborting girls in larger numbers than boys. They are selecting against females in favor of male children. And if these numbers are, perhaps, inflated and the actual number is smaller, we are still talking millions of innocent little ones.

Hillary Clinton, talk about your “war on women.”

Again, in our jaded, secular world, why does this matter? That should be obvious. Apart from the palpable horror of imagining that women are not only aborting these innocents in genocidal numbers, but worse fathers and mothers are actually killing their own offspring after finding out what sex they are! Tens of millions and more. This has to be the greatest injustice of all time.

From the beginning of time women equal civilization. For civilization to take root and to successfully “civilize” the human male—always the supreme challenge in any society (look at the percentage of males over females in prison!)—we know that females are essential to that process. The selfish, lust-driven proclivities, the passion for warfare, pillage, rape and plunder, all define the too often barbaric, antisocial male character.

Most men understand, and acknowledge, that without the stabilizing force of the women in their lives many would prefer to live like bears, truly. In fact, I’ve always felt, in my heart of hearts, it’s a pirate’s life for me. Of course our gay friends would attempt, I am certain, to counter these destructive impulses in society and settle things down a bit. Still, too often, that which males cannot mate with, they kill. Wargames attract men at least 100-to-1 over females.

WHO STARTS ALL WARS?

Obviously, I’m speaking in broad generalities, and somewhat tongue-in-cheek. Still you have to admit that throughout human history very few wars have been started by a mother, particularly a mother of sons.

Feminists have complained for years (see Betty Friedan’s iconic book The Feminine Mystique) that men have “damaged women by placing them on a pedestal.” Yet, let’s look at why women have always been essential, even critical, to society, and why it is hardly wrong, or inappropriate, to honor them as something unique, even highly special and specialized. Then, we must discover why such a large percentage of the world’s population seems to actually despise women, valuing them so little as to willingly kill them by the millions in the womb. And finally, why this is a global catastrophe in every sense of the word.

THE DISASTER OF MILLIONS OF MISSING WOMEN:

RADICAL FEMINISM—DESOLATING A ONCE PRODUCTIVE NATION

In sum, from the foundation of the world and Eve’s first wink at Adam, women have been the glue that holds the family, and by extension, society and the nation, together. Undermine that critical element in any way—through abortion, pornography, radical feminism, including the weakening of the traditional role of men in a patriarchal society, expansion of the Nanny State (which encourages men to abandon women and families), and you have, in Abraham Lincoln’s words, “planted the seeds of despotism around your own doors.”

Lacking the pacifying and stabilizing influence of women, our world cannot, and will not, survive, at least not as we know it. And guaranteed it will become a darker, meaner, even deadlier, place.

Single, hopeless men will see to it!

Should women be placed on a pedestal? You bet! I think they’ve earned it. Please stop whatever you’re doing right now and hug a woman for what the institution of womanhood has done to bless us all from the beginning of time…even (especially) if she’s a radical feminist.

She probably needs it.