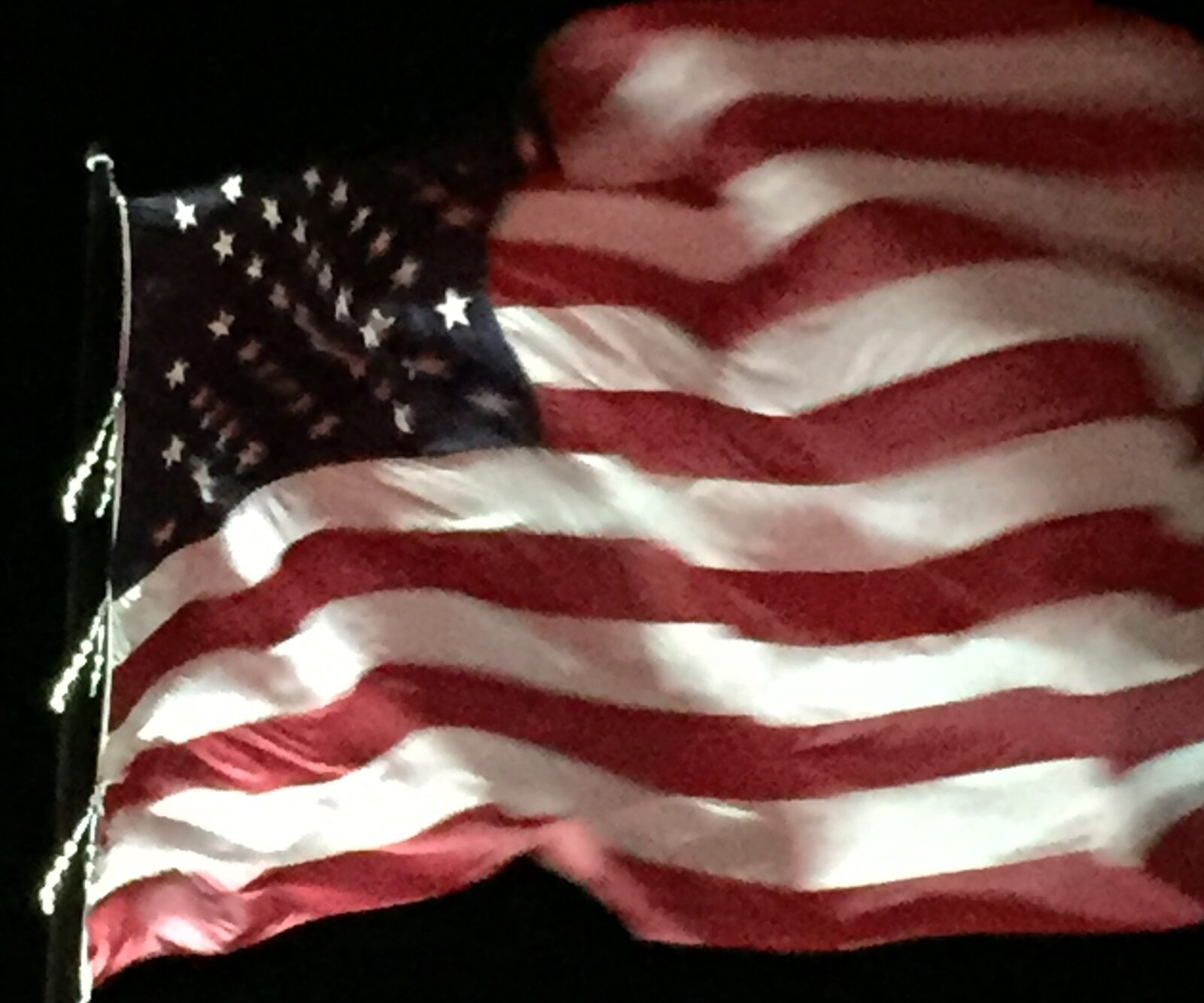 WHY THE CONFEDERATE BATTLE FLAG SHOULD NOT BE FLOWN

Of course, this is America—Land of the Free, Home of the Brave. You should be allowed to fly any flag you want as a free citizen.

But that’s also the underlying point, specifically why we even have that right today.

Without the United States of America, represented by the Star-Spangled Banner, our world as we know it would not exist. The world would have been overrun by Nazi-Fascists and Imperial Japanese, or more likely by hard-core Communists of the Bolshevik stripe, turning our world into a dark, oppressive, angry place not unlike the conditions we see in the movie Hunger Games, or the novel 1984, or perhaps Brave New World. Without the United States, true evil (what the Left refuses to see) would have long since triumphed.

The United States of America has freed more slaves, financed and rebuilt more economies, forgiven more enemies, and produced a higher standard of living for more people than any nation in history. And because we are who we are, according to the 1st Amendment to the Constitution, each citizen has the right to fly just about any banner he or she wants. Yet, again, that goes to the very heart of the issue.

The Confederate Battle Flag, flown by the rebel states during much of the American Civil War, represents many things to many people. To some it recalls the abomination of human slavery. To others it represents a proud history of sacrifice and honor—the willingness of hundreds of thousands of Southern men and women—willing to give their all to ‘resist social and political injustice from Mr. Lincoln’s Republican Party.’

To many Southerners today, the flag represents those who fought, sacrificed and died, those who left their farms and families and suffered indescribable torments, crippling injuries, and heart-wrenching losses in order to preserve what they viewed as their sacred rights under the U.S. Constitution. To many the Confederate Battle Flag represents an eternal dedication and loyalty to ancestors, to their sacred land, and to honor for beloved fellow Americans who ‘gave their last full measure of devotion.’ It represents states’ rights. Anyone who’s lived in the South knows that rarely, in any other part of our country, do you find stronger patriotism for God and Country. An important part of that foundational patriotism is embodied in the South’s tradition of fighting for freedom. The flag of the Old Confederacy stood for just that, in their minds and, more importantly, in their hearts.

But once more, that brings us back to the heart of the issue.

Abraham Lincoln had the divine vision to see what would be the inevitable outcome of a partitioned American nation:  “Our defense is in the preservation of the spirit which prizes liberty as a heritage of all men, in all lands, everywhere. Destroy this spirit and you have planted the seeds of despotism around your own doors.”

Lincoln knew. The earth would need a strong and powerful United States, united from sea to sea, from north to south, preparing with steely eyes for the inevitable assault by despotism and tyranny, which would one day sweep the world.

Had the United States not been powerful and united in the 20th Century, when fascism/Nazism, and also Communism, rose to conquer most of Europe and Asia, and bloody tyrants would command most of the Middle East and Africa, in truth there would not be a nation powerful enough to resist those cancerous evils. For the world to survive in peace, freedom, and prosperity, it needed a militarily strong, moral, ‘free capitalist engine’ that is the United States.

I’ve worked in the Soviet Union, and in Russia. When Ronald Reagan branded the Soviet Union the “Evil Empire,” trust me, he was being generous. And Nazi Germany, at its height, came close to defeating their opponents and controlling the world with an iron fist. Due to Adolf Hitler’s native arrogance and poor military choices, however, we caught a break and eventually, though not without horrible losses, were able to prevail. More so, I believe, Divine intervention stepped in to defeat these totalitarian and socialist tyrannies.

Whatever positive meanings and symbols that some place on the Confederate flag, in reality that flag represents the desire of the rebels to break the United States of America into two (or more likely multiple) American mini-nations, thus weakening what would become the world’s champion for freedom, justice, opportunity, and prosperity. Such an outcome—which is what the Confederate flag represents—would likely have been lethal for America and the world. Untold millions more would have suffered and died. The American beacon of freedom would have faded from view. Human slavery would have found a bastion and bulwark, preserving its ugly life indefinitely, and spreading it throughout much of the American continent.

In sum, I never fly the Confederate flag because it represents the attempted dissolution of the very nation which God set in motion, born of a genuine heavenly miracle and bought by the blood of patriots to “preserve the spirit that prizes liberty as the heritage of all men” (Abraham Lincoln). In essence, any symbol that advocates weakening this great nation in any way—ANY symbol—past or present, is a symbol I will not support, nor will I display.

That’s why the Old Confederate Battle Flag should not be flown. It represents a war, a movement, and a philosophy, that did its level best to destroy, in its nascent state, what would become the most important, freedom-loving and supporting, nation on earth.

What a powerful testimony. God knew the multiple dangers that were about to sweep our world. Francis Scott Key also understood, proclaiming as the National Anthem proclaims, that God, in his wisdom, “preserved us a nation.” He did this for a purpose, for without the United States, our world today would be a dark, deep, abyss of totalitarian oppression.

We thank the Lord, in his omniscience, for his thunderous, gentle hand. We pray that America will be worthy of His bounteous blessings, blessings that we’ve too often taken for granted, or in some cases, despised. Forces of anti-Americanism are all around us, permeating nearly all our institutions, cankering the minds and hearts of our youth.

My friends, it’s time to stand up for America. For freedom. For truth.

Please remember, we shall have all eternity to praise the Lord for our hard-fought freedoms, but only a few priceless, shrinking moments to sunset to save them. Now is that time!