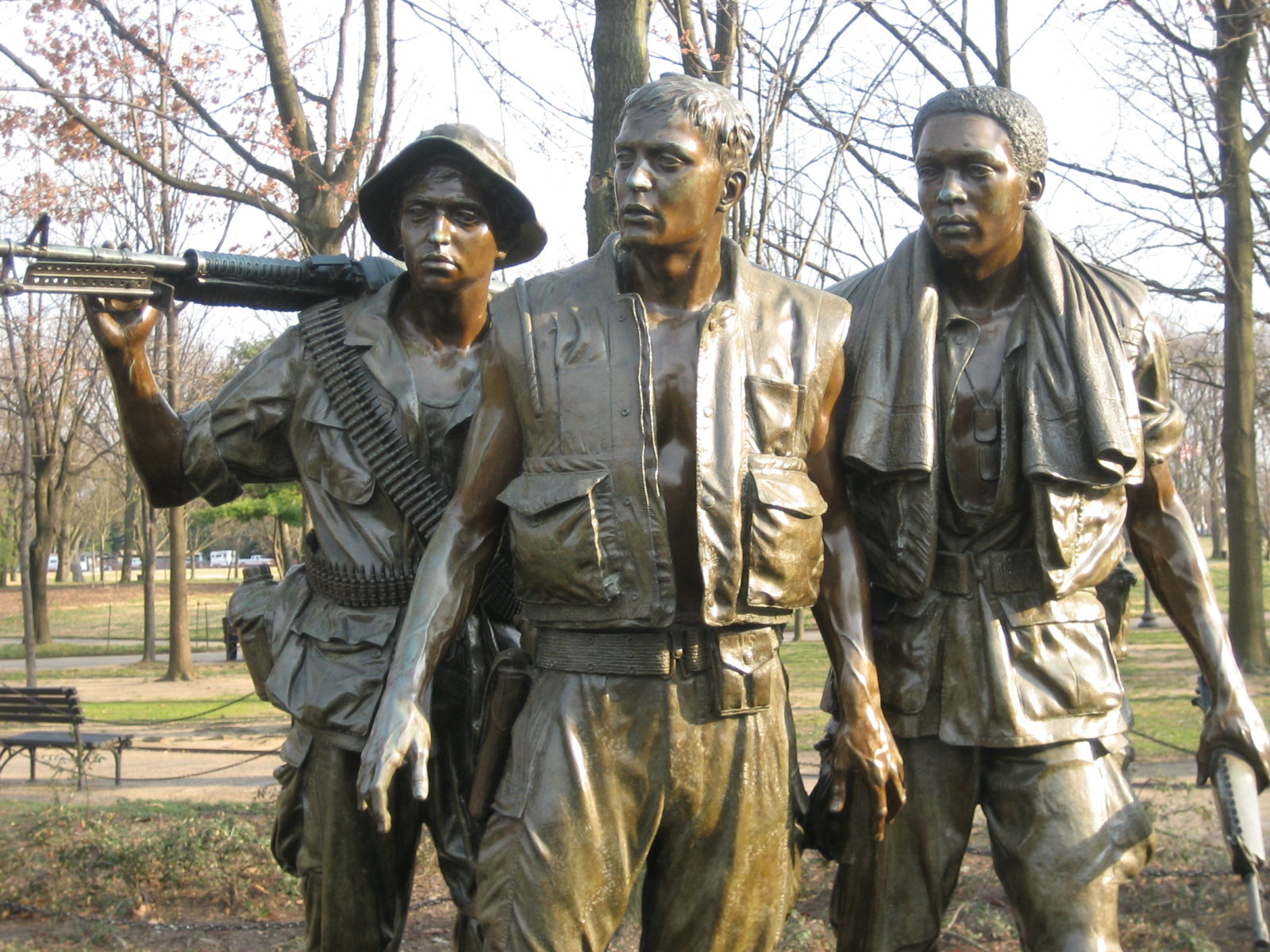 If you’re paying attention you’ll have to wonder if the future, in fact, belongs to Conservatives, if for no other reason than reproduction.

How many flaming liberal males do you know who are the slightest bit interested in procreating a large family, let alone offering worthy, masculine, practical reasons for women to be attracted to them? In fact, look at what the Leftist pseudo-male has become. Have you ever seen a more pathetic, confused, rudderless (literally) namby-pamby?

Last year an article in Glamour magazine detailed how a particularly frustrated Hillary-supporting female “can’t stop hooking up with Trump backers and conservative males.” She’s embarrassed about it, but, hey, as she insists, Liberal or Leftist ‘men’ just weren’t tickling her fancy.

Apparently women soon tire of “men” who love to “cry with them” over the plight of the Palestinians, or the soon-to-come demise of Mother Earth. But what apparently did it for this woman was Leftist men’s constant apologizing, openly or subliminally, for their ‘craven maleness’ or ‘toxic masculinity,’ for the ‘crimes’ their royal maleness, particularly the White variety, has habitually committed throughout history. Perpetual apologizing, it seems, is emasculating, even if some women might like to hear it occasionally.

PAJAMA BOY WITHOUT A CAUSE

Truth be known, many women have had it up to here with partners who feel their pain and then run screaming from the bathroom when assaulted by a spider. When Eve stepped from the Garden into the real world, suddenly she realized that Adam’s ability to wield a killer club, and to give her a brood of robust, capable warriors, and then be skilled enough to provide for and protect her children to adulthood in a predatory world, generally made up for his lack of social skills and his obvious need for feminist-supervised sensitivity training.

Makes sense. Traditionally a woman had enough other women around who could “feel her pain.” What she needed was a man who would keep her safe, fed, sheltered, loved and satisfied—in that order. She, like more and more women today, realize that what sets her female hormones all abuzz isn’t Pajama Boy. Historically, in the Real World, Pajama Boy is a deadly liability to women. More to the point, her genes were wisely programmed from the beginning to reject him.

Today too many elitist-leftist mommies, and their excuses for husbands, send that usually lone child, if a boy, off to a progressive university where what’s left of the boy’s masculinity is seared by the hot iron of ugly, radical feminism until he’s effectively emasculated. He’s told that “toxic masculinity” must be expunged from his soul. So, it’s done with Salem Witch Trial-like exuberance. Talk about your religious zealotry! What remains is a pathetic “pseudo-male” unable, incapable, and even unwilling to protect, love, and support a woman, even if he wanted to, which he no longer does. Surrendering his manly heritage and purpose he now prefers puppies to children, sipping something soothing while cuddling a teddy bear in the sanctum-sanctorum of the university-mandated safe-space.

Not long ago, in a Canadian university in Montreal, a deranged gunman, Marc Lepine, with a sick hatred of women, entered a classroom wielding a gun and a large knife. He commanded the men to go out into the hall, which they dutifully did. He then proceeded to murder every woman who remained in the room. This took some time to do and all the while, through the screaming and pleading of these young women, not once did any of these “men,” these pathetic excuses, who milled around outside the classroom, ever lift a finger to try and protect their female classmates.

The gunman finished his grisly task, walked out the door right past these “men” and out the hallway unmolested to kill other women. When asked later none of the fellows—all apparently modern Pajama Boys—could offer any explanation why they stood by and allowed these innocent women to be butchered. There were enough of them that if they’d rushed the gunman, while some might have been shot, certainly they could have saved most or all of the young women.

Not today. Not in the feminist world we’ve hammered out of a once honorable, brave and self-sacrificing, Judeo-Christian patriarchal society where a man was defined by how well he respected, and protected, the women around him.

Truly this is tragic, on several levels. But it’s not just in our universities.

In the 1990s, a ferry, the MS Estonia, in Europe went down in the Baltic Sea loaded with nearly a thousand people. A hundred years earlier when the HMS Titanic sank in the Atlantic the limited lifeboats were filled first with the women and children. The crew, and the European and American truly male-men of that time, saved the women and children before thinking of themselves.

This recent ferry disaster of the MS Estonia, however, involved an entirely different breed of Western “male,” one that would have brought supreme shame to his grandfather and great-grandfather. The males on board stepped over, and on, the women and children, stealing their life jackets and their places in the few lifeboats. It was every “man” for himself. Of those who perished, most were women and children. The few survivors were nearly all males. One woman who made it out reported how practically none of the men assisted the elderly, the women, the children, but fought their way in a fevered, cowardly panic, into the lifeboats regardless of who they had to kick out of the way in the process.

Something is very wrong. Something critical is missing from the modern male that we once had, something essential to our survival as a civilization. Something that the Left, led primarily by its radical, even rabid, Feminists, is determined to expunge from our world.

And, as this Glamour article points out, women today are becoming more and more aware of it.

Look around you. Have you noticed how disgusted many women are with men today? Girly-men, it’s become the norm on many campuses and throughout huge swaths of society. Boys in their 30s, 40s, even 50s who are more enamored with sipping cocoa in mommy’s house while pillaging, raping, and plundering through the latest version of the video fantasies Call Of Duty, Brothers In Arms, or Grand Theft Auto. Of course, they’d almost certainly wet themselves if ever placed in such situations in the real world.

Most women sense intrinsically the kind of guy who knows how to defend her, to love her and sacrifice for her, and who knows how to get his hands dirty and dig in and get the job done. Women can sense the kind of guy she can depend on when everything hits the fan. Her inner feminine brain, and heart, is drawn to the strength, the virility, and the emotional power that have driven men to accomplish incredible feats since man first left the trees to conquer and subdue the world.

Conversely, the guy who proudly displays his eggshell blue Prius with a “COEXIST” bumper sticker, who gets all teary-eyed when Barack Obama talks about “hope and change,” and who proudly says “You know, I’d never own a gun under any circumstance,” does absolutely nothing to arouse the primal attractions of most women. And today, thanks to a secular-progressive, elitist cadre that runs and controls most of our major institutions, traditional maleness is increasingly deemed public enemy number one. The Left determined years ago that to accomplish their goal of turning Americans into Nanny-State loving, collectivist sheeple they must cauterize traditional masculinity and then excise it from American society.

The Left has long-since, with deadly purpose, accomplished this in Europe.

As I’ve written many times, since Eve, women were always the difference between chaos and accord, between anarchy and civilization. I also believe that the inner, traditional feminine spirit, intrinsically, is beginning to sense the danger of destroying the patriarchy, the traditional, time-honored maleness that’s led the species out of primordial darkness into prosperity, stability, health, and purpose.

The caliber of men, and women, Western Civilization has turned to in times of threat and danger—Joan of Arc, George Washington, Abraham Lincoln, Winston Churchill, Margaret Thatcher, Ronald Reagan—as masculine warriors, have saved us countless times and created the peace, liberty, and prosperity we enjoy in our country today. More and more women—as demonstrated by the most recent national elections—don’t like what they see being offered by the Left (http://fortune.com/2016/11/17/donald-trump-women-voters-election/).

A substantial majority of married women actually voted for The Donald. That’s a statistic the Left is still choking on. “Why didn’t I win by a landslide?” in the now immortal words of Hillary Clinton, seen wandering the Great American Political Wilderness looking for someone, anyone, who might listen.

For those of us who continue to embrace traditional conservativism, encouraging the preservation of a healthy, stable, growing society, we must ensure that the Left—the enemy within—does not have its way with us.

But most importantly, we must continue producing children. As a Conservative who wants to make a meaningful contribution, this is essential. For this is the first sign that a society—and a nation—is dying, when it begins to live for the now, for the self, with no thought for procreating, raising, and teaching a courageous, and moral, next generation.

This is, I believe, what the Biblical prophecy warns us about: The Abomination of Desolation. A society desolated by voluntary (or Govt imposed—see China’s one-child policy) impotence is an abomination to God and suicide to a nation. A death wish, one that is currently sweeping Western Civilization. The Biblical term “Abomination” is often used in conjunction with child sacrifice. Anyone paying attention knows what the modern equivalent to this ancient horror likely is. Abortion, of course, the wholesale slaughter of the most innocent.

Look at Europe today. People are more interested in their early retirement, their government bennies, and how much vacation time they get each year, than their own national and cultural survival. They are, in reality, their own worst enemies (https://www.theguardian.com/world/2015/aug/23/baby-crisis-europe-brink-depopulation-disaster). It’s pathetic, and ties back to the Pajama Boy cultural malaise now being spread like a virus in America by the Left, and even by some Republicans who should know better. Lacking this one simple yet essential human value always dooms a nation and a people. Add to that millions of abortions…. God help us.

THE WRITING ON THE WALL IS IN NEON, YET WE’RE DIVERTING OUR EYES

Of course, such Conservative advocates who defend family and traditional morality drive the Left absolutely bonkers. Watching that unfold, in itself, is entertaining enough for most of us. But before we enjoy it too much, we need to remember that our society has already slipped a long way down the suicidal rabbit hole of secular-progressivism. It’s going to take all we’ve got, and a whole lotta faith in God, to survive the damage these Desolators have already inflicted, particularly over the past decade.

“THE EQUAL SHARING OF MISERY”

So, Conservatives “be fruitful and multiply, and replenish the earth,” and then be prepared to stand up and teach these youngsters why what we have is worth nurturing and defending. Otherwise we simply won’t have the numbers, those grounded in faith and traditional conservative principles, to counter these Leftist lemmings in their mad rush to a long-sought “secular-utopian” hell on earth.

Once more, my friends, “Keep a sharp eye!”