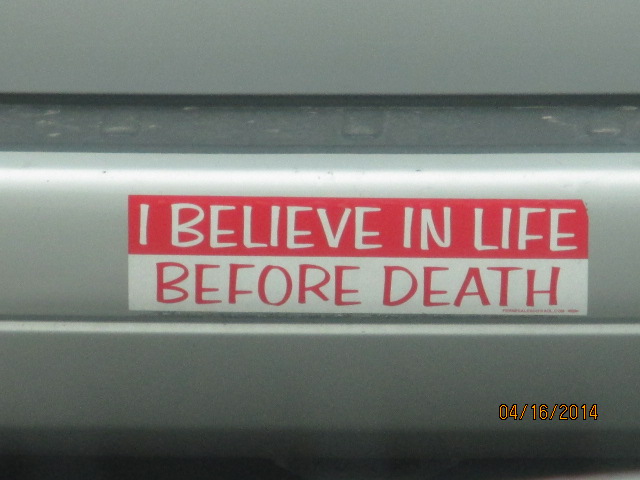 It’s easy to see when the rot began, the point in our churches when the eternal, the spiritual, the heart and soul of the Christian faith, were ransomed away. It’s the point when some churches embraced so-called “social and economic justice” as the principal tenet of their faith. At that point these American churches sold on the block their traditional Christian beliefs, which once emphasize the internal perfection of the individual, and the necessity of individual conversion to Christ’s Gospel, of not coveting thy neighbor’s good fortune, and certainly not coveting thy neighbor’s spouse, “or anything that is thy neighbors.” The Christian apostasy from traditional truth came, as the word describes, progressively, by littles, cooked like the proverbial frog in the boiling pot.

Little by little major Christian churches turned first to religious progressivism, then to secular-progressivism, and finally, today, to the very hardcore secular doctrine of “social and economic justice,” administered by a monster Federal government and a willing mega-bureaucracy with teeth. Their plan has steadily, progressively, moved these once conservative Christian denominations away from a solid, spiritual foundation—though giving lip-service to “spirituality”—to a very secular, politically-activist, platform of social and economic justice and finally to open, anything-goes sexuality, the kind that exploded in the 1960s, and is today (Sex In the City, etc.) well entrenched in society.

In sum, these churches have forsaken the eternities and swapped their birthright, in an Esau-Jacob-like pottage swap, ending up with a crock of nothing. Such a mutation can only be described as apostasy—an apostasy from eternal truths, exchanged for perceived “reward” in the now. Obviously by rejecting things eternal, what these churches are saying is “I no longer believe the gospel ‘dogma’ about my ‘reward in heaven.’ I want it now, and I’m going to get it, through political activism, through firing those ministers who don’t give me what I want—heaping to me teachers with itching ears, who are turned from truth to fables (2 Timothy 4:3)—and by accusing those who want to “cling” to their well-established Christian traditions as “hate-mongers,” “bigots,” “racists,” and “homophobes.”

We see it every day. The nature of the modern progressive Christian beast.

Many of these well-known American “Christian” churches are, in effect, the right arm of the modern American Left in all its glory, championed by such now grown-up 60s draft-card burning, “make love not war,” radicals, such as Jim Wallis (On God’s Side, 2013) and Margaret A. Farley (Just Love, A Framework For Christian Sexual Ethics, 2006).

Among nearly all of the world’s mainline Christian churches today, traditional Christianity is being martyred before our eyes. These so-called “Christian” Leftists are systematically hacking the rivets out of our Judeo-Christian civilization, leaving us anemic and exposed. More so their blind ethical confusion and moral corruption are getting fellow Christians killed in far-off lands, thereby making America vulnerable to attack from without and within by terrorist groups who see a weakened and disheveled United States just begging to be neutered.

The Christian Left today is, in effect, raising a generation of “men without chests,” as C.S. Lewis correctly identified them. Where their eternal heart and soul should be is a moral vacuum. Where eternal truths should reside is…nothing. Modern Leftist “morals” today really mean “relativism.” You can sum up the modern secular generation in one word: “Whatever!” You like chocolate, I like vanilla—whatever!

This is what passes today for Leftist Christian “gospel.”

More to the point, what the centuries of Christian, Jewish, and Muslim prophets have taught is now deemed hate-speech, bigotry, and discrimination. Since the Left cannot prove that their new “gospel” is founded upon anything but sand, they go on the attack, demonizing traditional Christianity, and vilifying their political enemies. That’s all they’ve got.

Again, that should be another glaring red flag that something’s not right on the Left.

Finally, there’s another warning signal—perhaps the ultimate canary-in-the-coalmine—identifying the true nature of the so-called Christian Left. Their “gospel” is built upon lies—lies that promise a future utopian world, fashioned from the always elusive dogma of social justice, of guaranteed equality of outcome, rather than true equality, the equality of opportunity.

The Great Church of the Left promises that with enough centralized power and control that the Utopia of the Workers, the Gays, the Minorities, of Women, all will be miraculously achieved if only sufficient political muscle is amassed by these Leftist Patricians. Such is a lie. It’s always been a lie. From the Reign of Terror of the “expert” Jacobins of the French Revolution, to Italy’s Fascists, Germany’s Nazis, the Soviet Bolsheviks, the Chinese Maoists, Castro’s Cuba, the Khmer Rouge and the Killing Fields, all the way to Venezuela, to al-Qaeda and ISIS today. Hundreds of millions murdered in the quest for the Utopia of Social and Economic Justice. Listen to what the radical Muslims are saying. It’s the same old Utopian tripe. Again, it’s a lie. It’s a grand lie, the Grandest of Lies. Yet it remains the New Gospel of the Great Modern Church of the Left, as it’s been with all totalitarian movements of history.

“We are the ones we’ve been waiting for!” was the cry of newly elected President Barack Obama. That messianic statement alone should have raised the alarm in every church, in every family, in every free mind in America. Sadly, it did not. In fact, in too many churches today that statement made the proponents of so-called “social justice” all giddy, all warm and fuzzy.

The Left, in fact, benefits by exploiting peoples’ struggles in life, struggles that are a normal part of life’s rocky road, life’s training and testing ground. Worse, they exploit the very Christian values of charity and service by co-opting them, then cramming them into the social justice paradigm. These Christian Leftists are really serpents that will never let people find out the Left’s true goals. The modern Leftist, whether claiming to be Christian or secular, must in fact re-define traditional Christian virtue. This is a must, because to an essentially totalitarian Leftist movement in America today, traditional Christian virtue is the enemy. That’s why for over a century the Left, these Secular-Progressive Desolators, have carefully undermined traditional moral values. It goes further. For the Left to succeed in establishing their “utopia,” traditional Christianity must be destroyed. The evidence is all around us, as people today abandoned their churches, perhaps sensing, like fleeing rats, that the vessel’s sabotaged timbers are taking on water.

C.S. Lewis warned us against it: “We make men without chests and expect of them virtue and enterprise. We laugh at honor and are shocked to find traitors in our midst. We castrate (the boys and young men of our society) and bid the geldings be fruitful (which they cannot).” This Lewis wrote as part of his Abolition of Man. He could see it. The process was already visible back in the 1950s and 60s.

Look around you today. Christianity has its neck on the Secular chopping block, and few are courageous enough to stand up and condemn the murderous execution.

By the Left’s insidious design, we now have an abundance of geldings, but too few men.